Belorussian Poker Tour: Not the first spin and not a spoiled one The first official Belorussian Poker Tour has ended with triumph: the new records have been set. The players are happy. The managers are satisfied. However there were some imperfections. But one can say for sure: the format of continuous poker tournament has been adopted easily and will be improved with time.

During the period of time from 31 October to 10 November the doors of the "Victoria Olimp Hotel" located in the capital were opened again for poker players from all over Belarus and neighboring countries. This championship has got a new name, in the manner of European series – Belorussian Poker Tour, a new intelligible schedule and, what is more, organizational issues gave rise to no special complaints.

Live coverage of the final tables of the Main Event and High Roller, filled with pretty interesting comments, interspersed with slang words, deserves to be mentioned separately.

The following are among the most significant tournaments of BPT:

Dmitri Medvedev, a player from Russia, has won the Super Knockout, the final event of series which numbered about 90 people. The second place went to Andrej «BlaBrah» Nikitinski.

The main event Belorussian Poker Tour obviously had to break the last year record – 201 registrations. And this is exactly what happened: 241 players for three starting days and about $12,000 for the first place!

Heads up in the main event took so much time that the players decided to share the prize money and the destiny of the title was decided in words only. As a result Dmitri Sydibor became an official champion of the Belorussian Poker Tour Main Event.

Eugene Krukov, the winner of the high roller, has got about $8,000, the finalists shared the prize money. 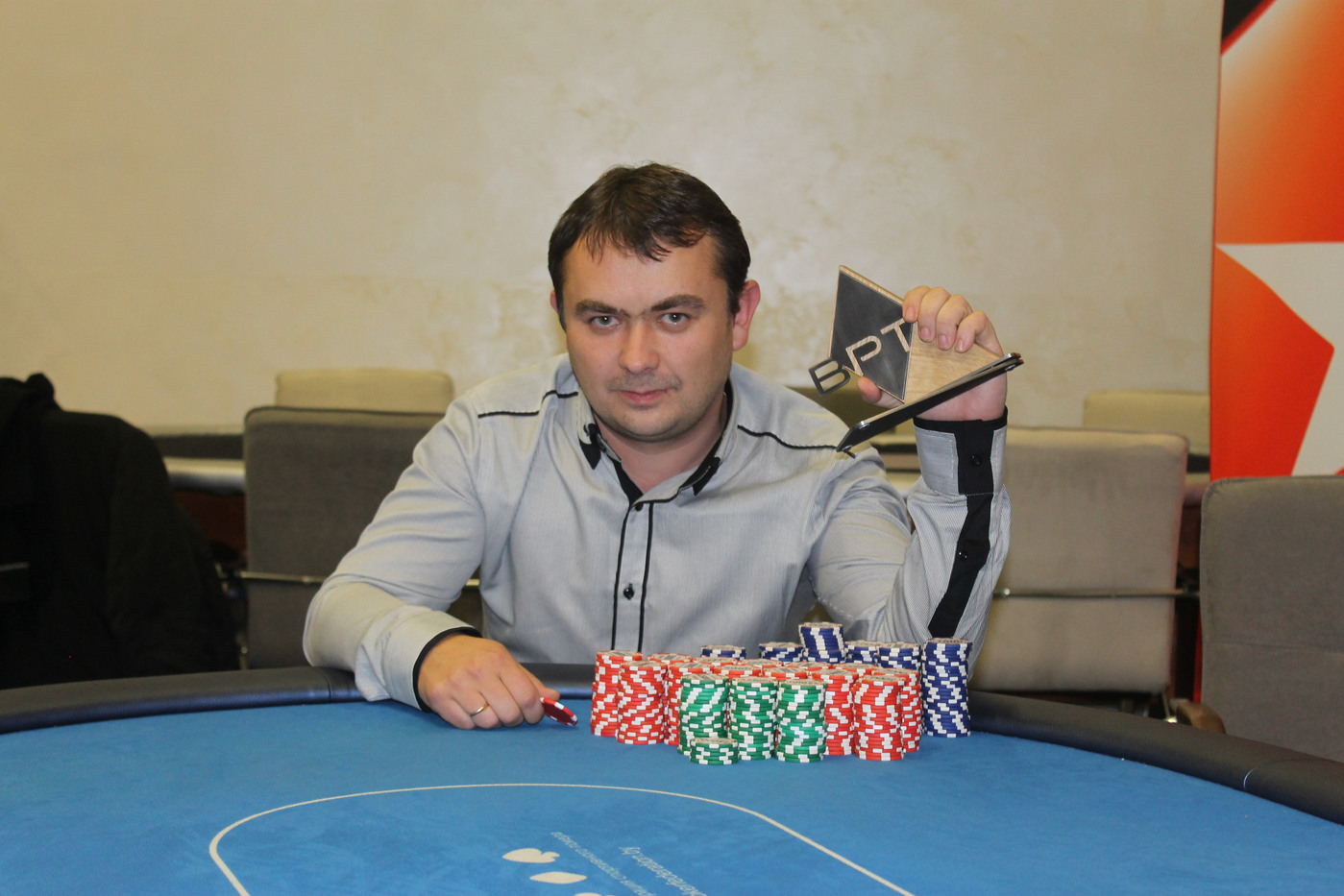 The series was emotional, especially during the marvelous coolers. For example, when in preflop two Alexeys came to grips – Karpov with the tens, Klushnev with the kings, – the dealer opened 10 in flop, then a king in turn, and with the river he finished players’ nerves off – 10 again!

The players’ references and wishes

In general players were complaining about the not very suitable accommodation – large but stuffy and without the proper decorations, about the incorrect performance of dealers (as well as their “average” appearance), and the absence of waiters.

“The accommodation was well-equipped, there were a lot of space, but it was too stuffy – every break you had to go outside to take some fresh air. I can’t compliment dealers for their performance either, there were hitches too often, when dealer couldn’t count and properly distribute deal and the bank”, LookMyLuck wrote in the GipsyTeam forum. “When all the dealers are wearing a beautiful uniform – it looks much better than when one of them is wearing jeans, the other – trousers, then someone is wearing something strange-looking and the T-shirts of many of them  need ironing (or are even worn out)”, Z_omaha_Z added.

Some people were vexed by the absence of the dinner break in the High Roller, because the tournament lasted seven hours.

Vesselman wrote, “A short dinner break in ME, and the absence of it in high rollers tournament – after all players are not robots, they want to eat…”

Regulars were also upset about the not very convenient structure of blinds, which became the reason of the beforehand “crash”. They also complained of not very stable structure of payment, according to which only $12,000 from the prize sum of the Main Event ­– which is $67,000 – were destined to the winner. And it is less than 20%.

Conveners eagerly responded (during the translation as well as on forums) to tournament participants’ requests and promised to arrange everything properly for the next series.

A new Belorussian Poker Tour race will be held at the beginning of the 2015.