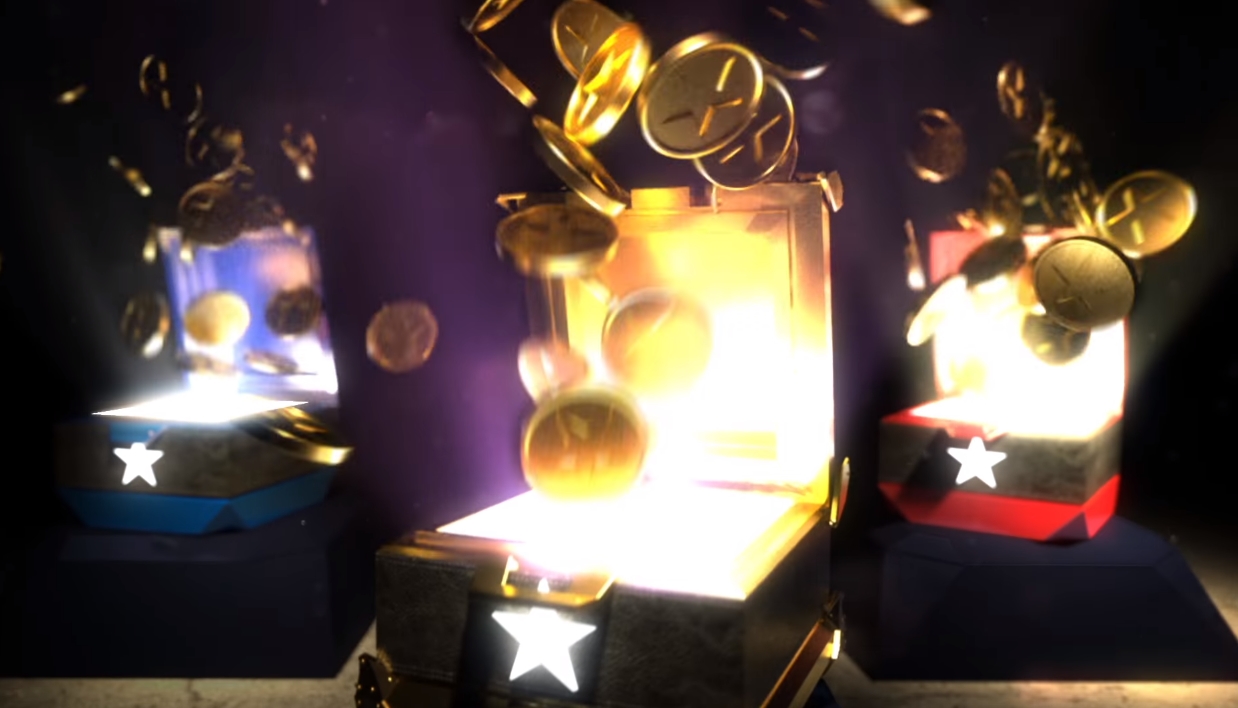 Starting from July, 7th all the countries implement new loyalty program: Stars Rewards. No more VPP and VIP Steps. From now on, there are only chests… CHESTS! This is another step towards turning online poker to some sort of slot or social network games variation. All the details are below.

The biggest poker room announced this way of rewarding its regular users in April this year, but the details were unclear back then. In May, official blog has a post about what is Stars Rewards.

This is a bonus system for poker players, casino enthusiasts and those who enjoy sports betting. The more you play for real money, the more Reward Points you get. These points, in turn, steadily fill in the special indicator. When it is full, the prize opens up – it is a small chest with different random prizes: tournament tickets, Spin and Go tickets, cash rewards.

There are six kinds of chests: Red, Blue, Bronze, Silver, Gold, Platinum. The more you play, the bigger the probability to get more valuable container. The more expensive is the chest, the more valuable the prizes are. For instance, Gold and Platinum chest allow winning up to $1,000, 1,000,000 StarsCoin or PokerStars Championship package worth several thousand dollars. 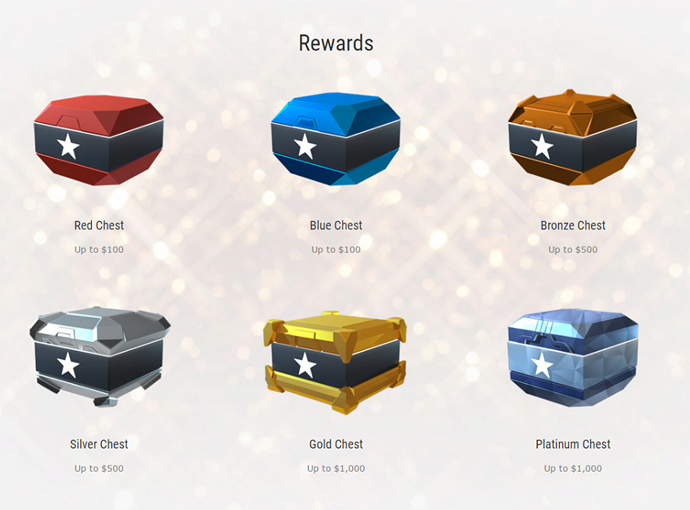 So we have a classic system, which is used in many computer games. The player receives beautiful chests, clicks on them, and beautiful prizes drop out of them – all shiny and full of glow.

The same principle is used in the popular (among poker players as well) card game Hearthstone, where one is able to buy closed “decks” where random cards drop – in most cases those cards are cheap, but some of them are expensive legendary ones.

PokerStars didn’t invent anything new, it is the path checked by the others. Here is what we should pay attention to:

There is also a logical separation for poker, casino and sports betting. BUT! As we all know, there is a strict separation for poker markets with its own specialties. In addition to that, PokerStars has a colossal database for all of their players and they know whom they may credit big amounts and whom they better not to. For instance, if a player makes big deposits and loses them as quickly, makes sense to delegate a good chest to him. Those regulars who try to save every cent are better to be left with minimal chests.

Probably, the most known example of this system (with chests) in gaming world is CS:GO. Plenty of web sites offer buying containers with expensive weapon skins or cash. Many of these web sites steal from trusting users.

The best case scenario is the one where player steadily loses his money. Chest is worth $1 for instance – according to the claims of the web site – prizes vary from $0,5 to $100. The system works in a way the player wins less then he invests in the long run.

As for PokerStars, there have their own pitfalls. It is no secret that the room separated players for recreational and regular ones. The former ones get their own newsletter. How can we be sure amateurs won’t be given other chests, more valuable ones. We can’t.

We just have to believe…

Well, it’s all be more or less clear in the beginning of the next week. Then we will say good bye to the whole era of poker. People will soon forget what rakeback and VIP-system are. More difficult loses to the more attractive for mass audience. We see all this on the example of Hollywood, TV and Internet as a whole.